Back to Past Pupils 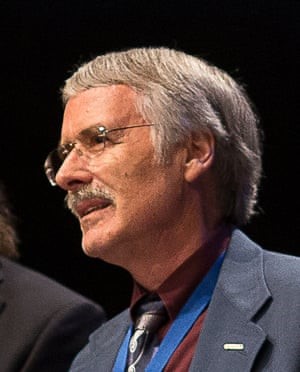 Dr. Kevin E. Trenberth is a Distinguished Senior Scientist in the Climate Analysis Section (CAS) at the National Center for Atmospheric Research.

This biography was written by:Ken Bye

Dr Kevin Trenberth is, arguably, Linwood’s most distinguished alumnus. Thanks to his ground-breaking work on climate change, a 2017 article in the Guardian newspaper described him as ‘one of the most well- known scientists in the world’.

Kevin attended Linwood from 1958 to 1962, and unlike many who excel academically, also performed with distinction in the sporting arena. He represented the school in athletics, played in one of the school’s most successful First XV rugby teams and  was a member of the 1961 Canterbury Under 17 rugby team. In 1962 Kevin was awarded co-equal dux with another academic high flyer, David Williams, although, with a little pleasure, Kevin notes that he did out-point him in the New Zealand Scholarship exams later that year. And they remain close friends.  His strong connection with the United States and his stellar academic career really began when he won a New Zealand government fellowship to the Massachusetts Institute of Technology, from which he graduated with a Doctorate in Meteorology in 1972.

Kevin is most well-known for his work on the rate of climate change in the Climate Analysis Section at the US National Centre for Atmospheric Research. He has conducted pioneering research into the El Nino/ La Nina weather cycles and the changed frequency and intensity of rain storms in a climate change environment, something with which we are increasingly familiar. He has also worked on enhancing climate change models and the methods by which climate change can be observed and attributed. Kevin’s academic output has been prodigious. He was lead author of the 1995.2001 and 2007 Scientific Assessment of Climate Change Reports for the US Intergovernmental Panel on Climate Change. He has published 568 scientific articles or papers, including 67 books or book chapters and over 280 referenced journal articles. On Google Scholar there are more than 94,200 citations of his work. Dr Trenberth’s integrity and expertise led to him chairing three major international conferences or panels on aspects of climate change.

Kevin’s work has been widely recognised nationally and internationally. He is an honorary fellow of the Royal Society of New Zealand, and has received top awards from the American Meteorological and Geophysical professional bodies. In 2017 he was awarded the 2017 Roger Reveille medal by the American Geophysical Union, one of the most respected organisations of earth scientists. And then, there is the small matter of being part of the team which won the 2007 Nobel Prize awarded to the Intergovernmental Panel on Climate Change for which he has done so much work.

Kevin is based in the United States, but visits New Zealand regularly and narrowly missed being able to attend the June celebrations. He intends retiring to live in Auckland in 2020.